Opportunity is not enough

After almost three years of helping to build a bridge to freedom for a group of enslaved prostitutes in the Cambodian capital, Phnom Penh, the last thing Ian expected was the confronting realisation that opportunity was not enough. The arduous and precarious task of building trust and developing relationships with some of these women – who had no reason to trust anyone – had educated him in the complexity of their lives. Regardless, he had no foresight that the choice to cross may have been a bridge too far. 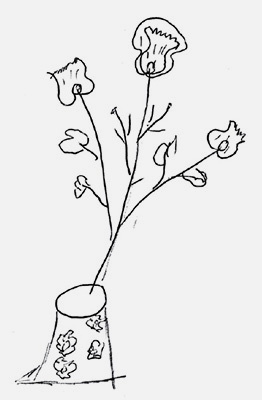 ”Something would happened to me, and I would be beaten up and not allowed to abandon here. If paid up, there should be no trouble.

Over here is very powerful, can't fight them.

The brothel was located in an infamous area in the outskirts of Phnom Penh, the Cambodian capital. The brothel was made up of three conjoining shacks. The women could move freely between the shacks behind the front doors as each shack wall had a makeshift divider. That is as free as the women could be. The doors would open at dusk and close as dawn approached, and when they closed, the doors would be padlocked from the outside. This was the young womens routine, no matter the condition of their health, the young women were abused – every day within the locked premises under control of the traffickers.

Contradicting the stench, heat and damp mattress on the filthy concrete floor, the shack walls are coated with vibrant yet torn and tarnished posters of Thai, Korean pop and movie stars, flowers, babies and glorified, serene landscapes. The posters created a sense of fantasy, an escapism, so far removed from the silent misery contained in the enslaved women. 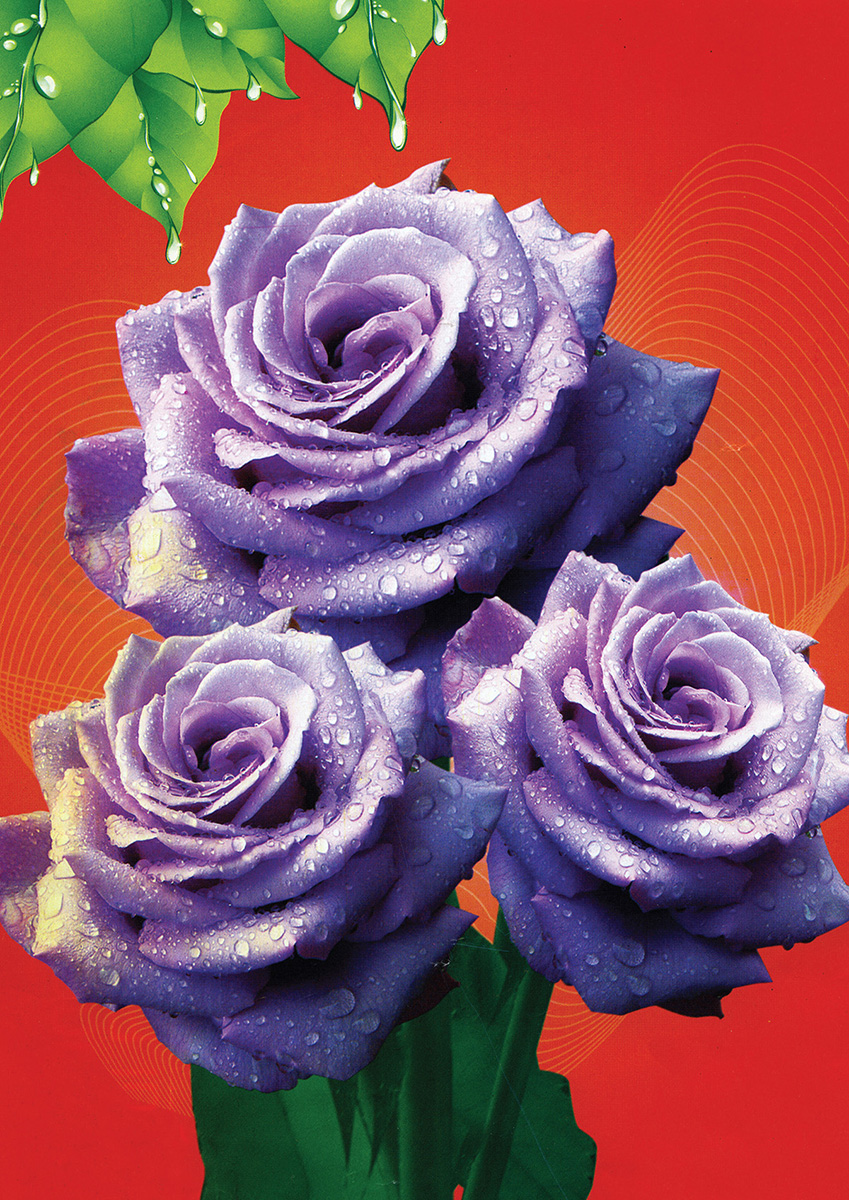 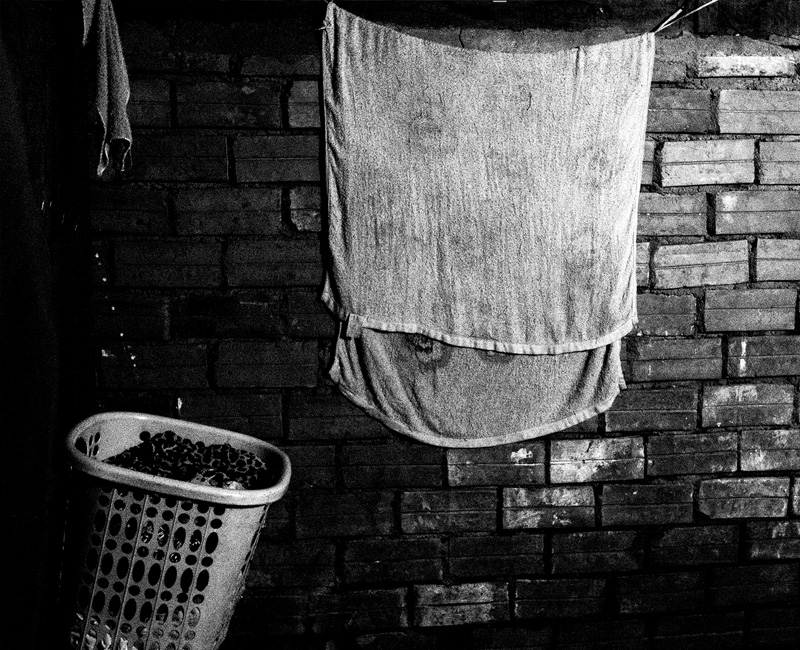 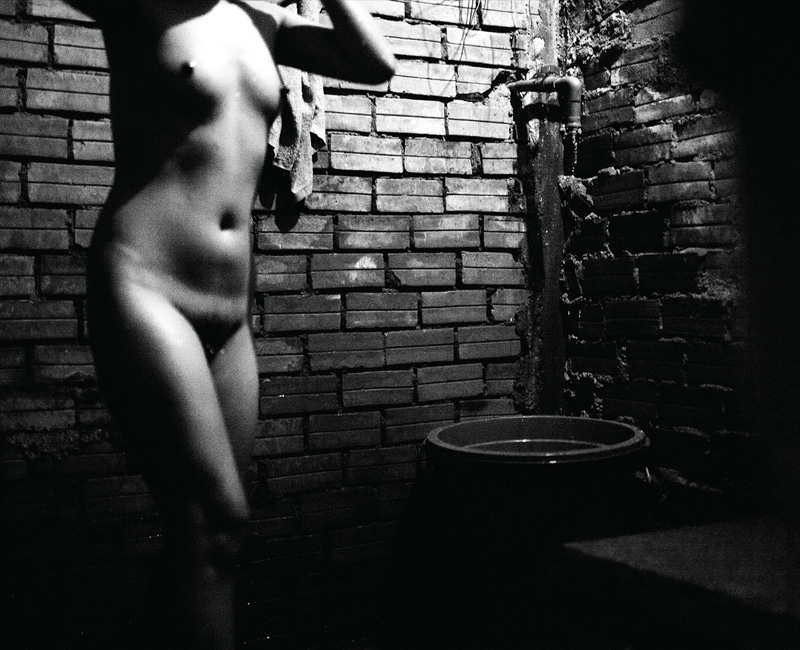 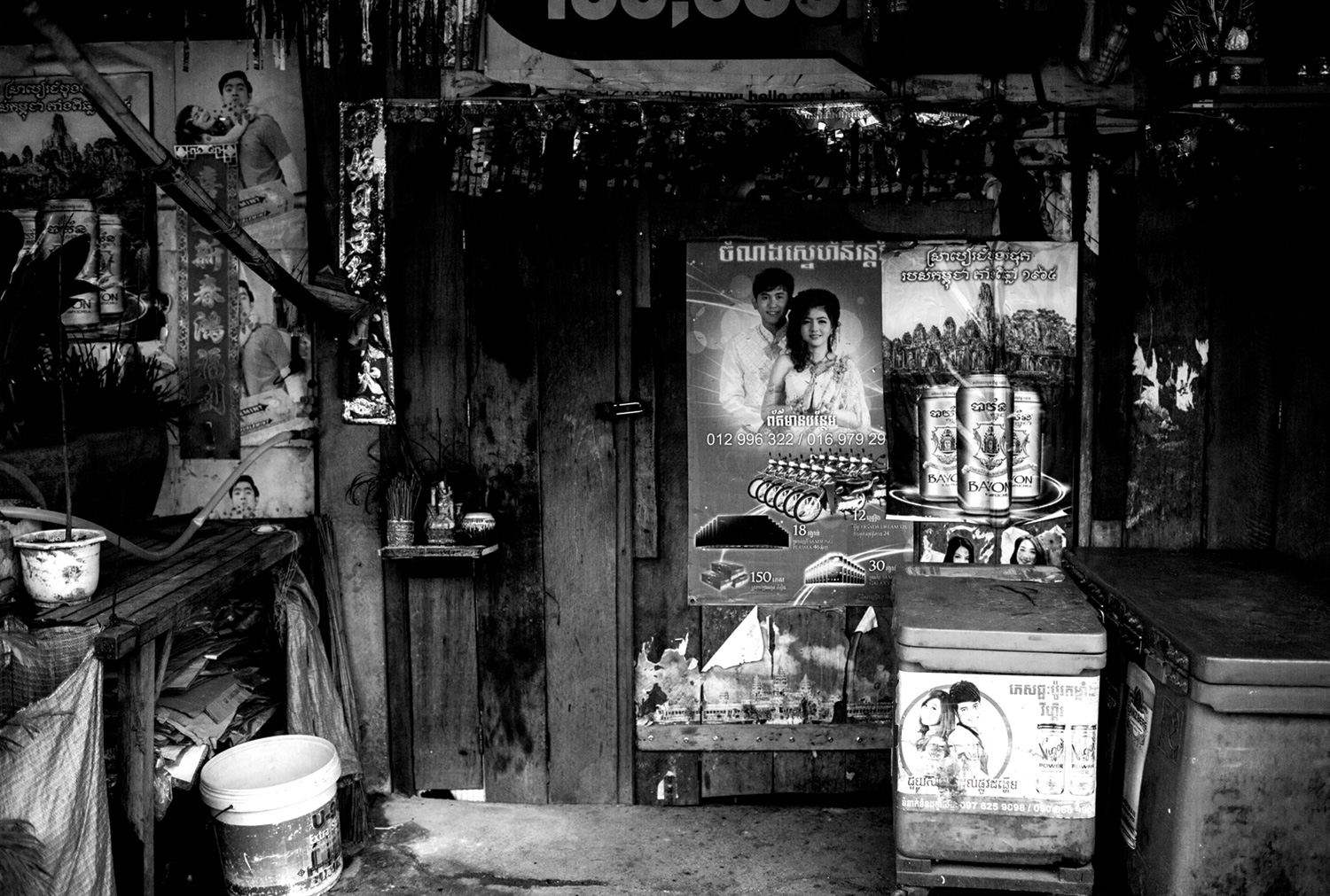 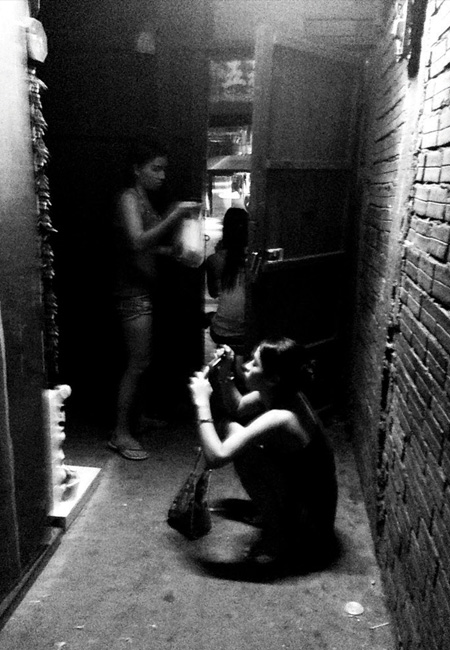 ”I borrowed money in advance for my family, I have owed them a lot of money. If I want to get out of here, I have to pay all of my debt. Do you understand?

You promise me that my picture here would not be published in newspaper otherwise death is on the way. 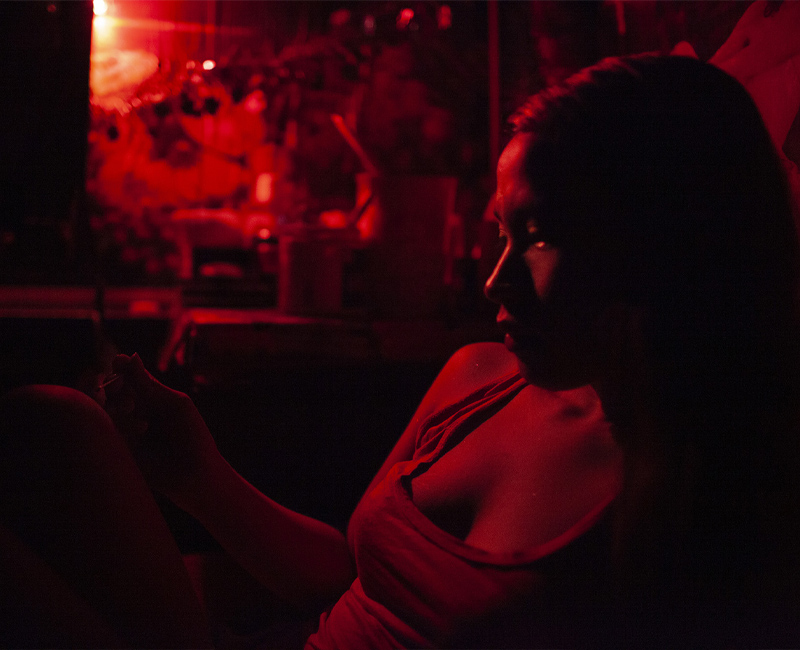 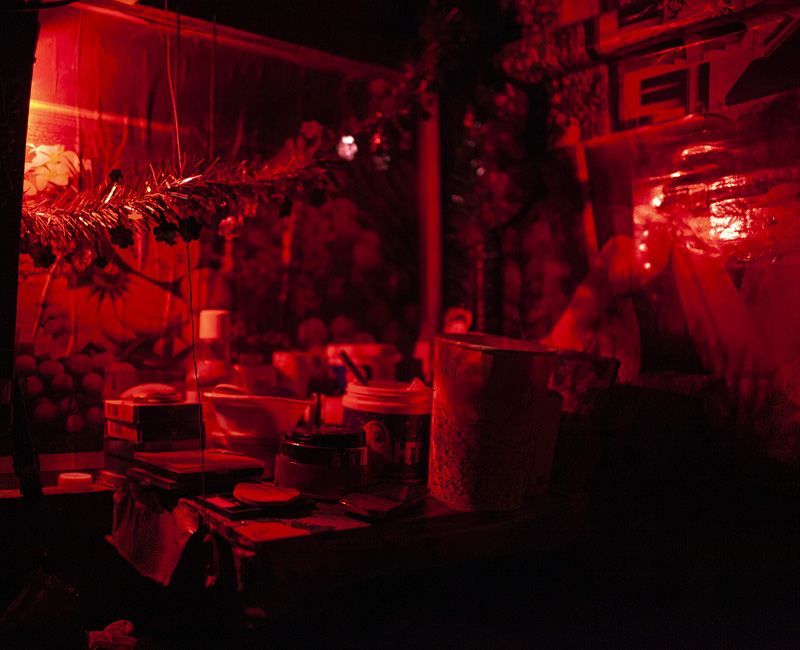 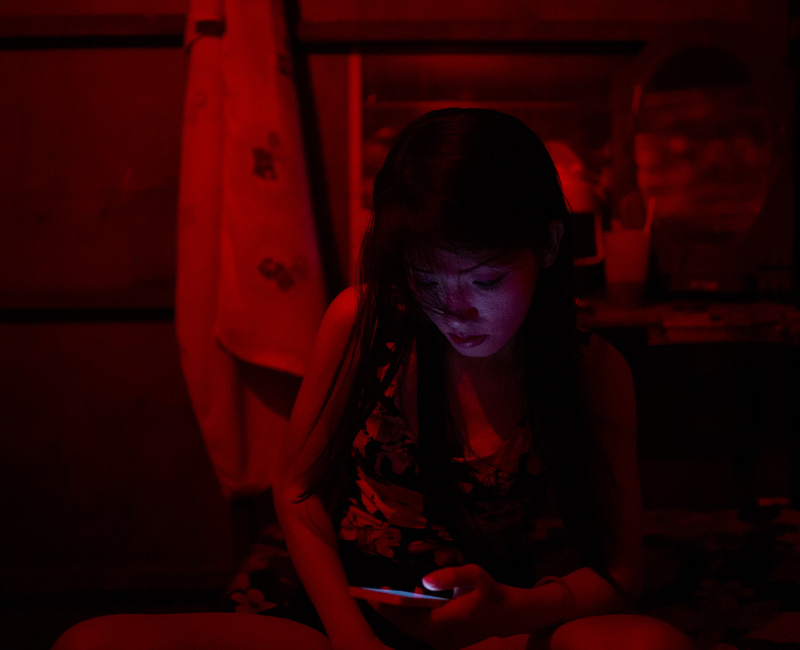 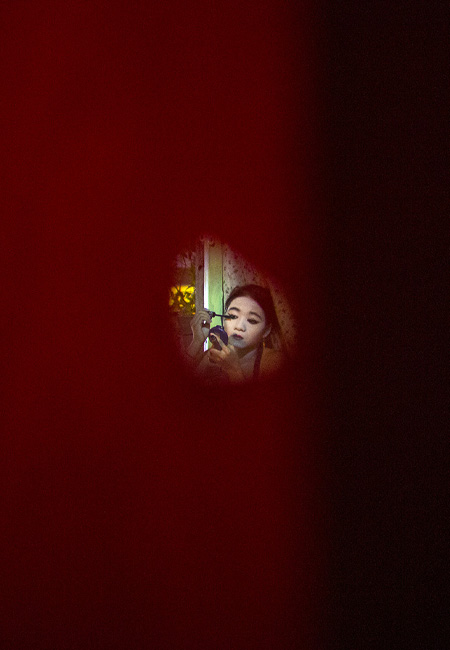 A bridge too far

After three long years, Ian had something a lot more valuable than a gritty photographic expose of the sex-slave industry in Cambodia. He nervously handed over all recorded photos and evidence to the NGO’s and hounded them for action. On November 12th 2014, the shacks were raided and eight women and three children were rescued, while two traffickers were charged and prosecuted.

Unfortunately, many of the women returned to the only thing they knew, to their addictions and to where the pressure to change disappeared and things made sense. 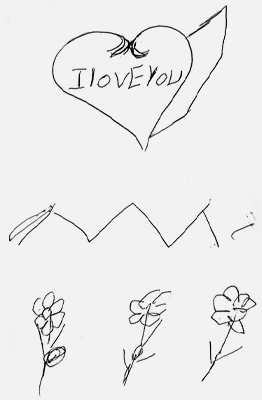 ”How do you want to be remembered?

I really don’t know that, however I wish people would always consider me as a lovely and noteworthy person OK.